‘Museum of Snaps’ is an interactive new media artwork which utilizes the invisible communicative space that exists all around us that materializes onto our smartphones. The work seeks to build an art platform in thin air, that becomes concrete once you use the application Snapchat. The work collaborates with art institutions and museums, with a different Snapchat-based artwork being created at each site through the use of the platform’s geofilter functionality. These artworks will be created by the visitors and sent to one dedicated account. A compilation of all creations will be made and accumulated into the Museum of Snaps. In this way, viewers are empowered to create their own art and interact on multiple levels with the institutions.

The work is done by artist Phil America and Lucy Redoglia. Lucy is a museum social media specialist who has received international acclaim for her work, recently receiving a Webby Award for LACMA’s Snapchat. She began at the Metropolitan Museum of Art, before taking the helm of LACMA’s many social media platforms. She has collaborated directly with Buzzfeed, CNN, Barbie, Disney, Gucci, the Huffington Post, W Magazine, and Instagram, Facebook, Twitter, Snapchat, among other organizations. 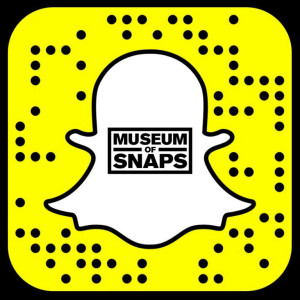 All guests to the Los Angeles County Museum of Art will be invited to use a geofilter designed specifically and only for the day of August 6th. All snapchats sent to @museumsofsnaps will be uploaded to the site at the end of the day and become a part of the Museum Of Snaps.